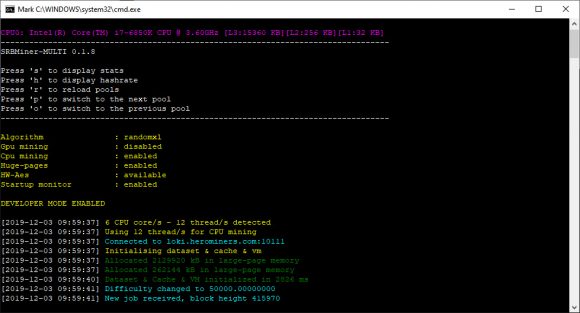 The latest SRBMiner-MULTI CPU and AMD GPU Miner version 0.1.8 brings support for a number of additional new algorithms (yespower variants) as well as pool mining for the Kadena algorithm (check the icemining pool) along ith some fixes. We have noticed that on Intel CPUs RandomX mining with all available threads does seem to make the system a bit unresponsive and lagging, something that was not the case with the previous version and that can cause some issues when trying to remote control the mining system for instance. Other than that the addition of new algorithms is always welcome, the full changelog of the latest release is available below.

– To download and try the new SRBMiner-MULTI CPU and AMD GPU Miner 0.1.7 Beta…

Three Key Reasons Why Bitcoin Could Plunge Below $5,000 in April

Bitcoin Holding Crucial Support: Here’s What Could Propel it to $7K